Description: Born October 17th 1864, Widowed, Nurse. Upper Class, Owns her own home, and has an inheritance from her husband's passing. As well as partial ownership of his business. To which the partner has not seen fit to buy her out of, for the simple fact it would be disrespectful, and potentially force her into destitution.

Lilly was raised by her mother and her father. Her father was a well respected doctor. Whom treated people and helped them through their ailments. She trained as a nurse assisting her father and eventually many of his colleagues. Her mother ran an ordered household, and saw to Lilly's education. Once Lilly showed an interest in her father's work and the treatment of the human condition Lilly's father took over her education. Through out Lilly's childhood the family traveled. Exposing Lilly to many different cultures and giving her adventures and experiences that she later shared with her now late husband.

Lilly was married at the age of 15 to her long time betrothed husband Nathaniel Harper. After they were wed Mr. Harper took his bride (Lilly) to see the world. Lilly already had experience in this sort of traveling and Mr. Harper discovered he enjoyed this aspect of his wife as well as the knowledge she had of local cultures and customs as they traveled through different regions. It was during these travels when Mr. and Mrs. Harper we staying in a hotel in West Africa, on the return leg of their journey, when Mr. Harper disappeared. His body was discovered the next day on the outskirts of the town where the wilds met the gates. His body seemed to of been ravaged by animals. But miraculously his body was able to be identified. And Lilly was able to be given closure. His body was interred in the village cemetery.

Lilly returned home as a widow and spent 4 years in mourning for her husband. She still carries his pocket watch with her. As a memento of their time together. Lilly Continued on in her profession as a Nurse. She was the only Nurse that was not a prisoner whom was drafted into caring for those around them. Lilly has a gentle hand and is very caring to her patients. Lilly is a delightful girl. She is an avid reader. And keeps up with the news as well as the times. She does enjoy seeing gadjeteers at work. She is often on the seen in case something goes not quite as expected and it capable of lending a helping, healing hand. If he has her satchel with her. One can always rely upon her having clean bandages. Fondly referred to as Nurse Lilly.

It is fairly easy to find her when she is not playing nurse maid at someone's bedside. Look for her at the Opera house. She enjoys both a good show and taking in an occasional opera. She is very often seen wearing either her work attire. Or a set of Casual clothes.

Lady Ka'Nib is a fascinatingly dangerous individual. She has a discerning palate for delicate meats that are rare but easily come by if you know the right butcher. She is a devious, woman. Of who's skills would bring you either pleasant surprises of disastrous downfalls. Or horrifying downfalls. Strong and lean she often wears blacks with antique gold accents.(work in progress) A current list of deaths associated with her are unknown however there are several whom have befallen suspicious circumstances. Secretive, and intriguing she is not frequently seen about town but usually when you do see her. She has just misplaced her companion and is seeking some new company for anything from a hand of cards to seeing a show or taking a stroll.

Lily has since left the nursing trade and become a seamstress thanks to a previous husband. Who suffered an allergic reaction to something he ate. Leaving the business to Lily. Later she would Marry two other times. One husband disappeared entirely after two years he was declared dead. The other had an accident at his garnet mine. Of which Lily has now inherited in full. This mine is the current Mineral City Mining Company which makes Lady Ka'Nib one of the richest women in all of Cowford. 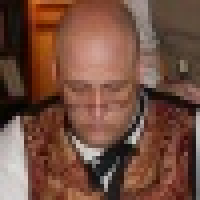